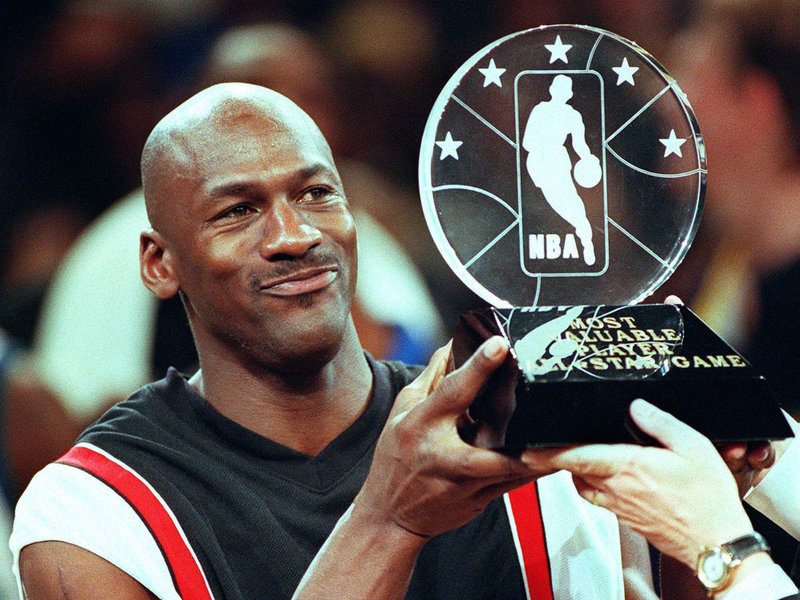 This article was published in

As a kid growing up watching and playing basketball, I idolised Michael Jordan.  Not because of his amazing ability to score, dunk, block, shoot and anything else you can think of. He simply was in a league of his own. Watching him play was like pure fantasy. You just knew when the ball was in his hands, something magical was about to happen. If you are, or were a basketball crazed fan like me, then you know exactly what I am talking about.

Michael Jordan was arguably the best player in the history of the NBA. His many accolades are too numerous to list out, but just to name a few, they included 6 Championship rings, 6 Final MVP’s (most valuable player), 5 time NBA MVP’s, 2 time NBA Slam Dunk Champion, 2 Olympic Gold Medals, Pan American Games Gold Medal, 14 time NBA All Star, Sports Illustrated Sportsman of the year and many many more amazing achievements to his name. A number of great NBA players have credited Michael Jordan as their inspiring mentor that they looked up to during their career in basketball. So what makes Michael Jordan such an amazing individual?

Did you know he was dropped by his college basketball team in the early days saying he was no good and would never make the NBA? What would have been a turning point for most athletes was the motivation he needed to not only prove everyone wrong, but to never give up on his dream to play in the NBA. His person struggle to be the best became an obsession and he was quoted as saying “I’ve failed over and over and over again in my life and that is why I succeed.”

If basketball is not your thing, but you are aware of Michael Jordan, then thats even more powerful, because his name has translated well beyond the game of basketball and is used to inspire sports people and business people all over the world for more than 2 decades!. Trust me when I say there are a lot of lessons we can take out from Michael Jordan and apply it directly to our life and business.

So, what are 5 motivational lessons we can derive from Michael Jordan that can help us in our business?

Rome wasn’t built in a day and neither is your business. No matter what your business, when you’re in sales, marketing, HR, accounting or whether you’re a singer, writer, athlete, speaker, trainer, it doesn’t matter. Everything you do starts with practicing key fundamentals and you’re level of mastery is then built on top of these fundamentals.

Picture building a house. If the foundation is not solid, then you simply can’t put up the walls and windows securely, because it just won’t be steady. Even after the house is constructed, it pays to check whether the foundation is still solid or if there needs to be some work done to ensure the place is secure.

Similarly in business, you can’t be complacent. Always practice the fundamentals and never forget the basic principles on which your business is built on. In the game of basketball, the best players in the world constantly train with coaches and mentors to improving their footwork, defense, and shooting mechanics. Business can get complicated, however never lose sight of the basics.

Hard work always gets rewarded. Sometimes its more convenient to take the easy road, especially when no one is looking over your shoulder. Business can get tricky at times and its tempting to cut corners to meet deadlines, or gloss over minor errors hoping they won’t get noticed or picked up. This is what differentiates you from the rest of the market. 99% of people will not go the extra distance. Why? Because it requires extra effort, sometimes for not much in return. It may seem like overkill and a waste of time and energy. However, the hard work doesn’t go unnoticed and creating good habits requires you to put in the hard effort consistently. Don’t be afraid of hard work. It’s part of the journey.

“If you’re trying to achieve, there will be roadblocks. I’ve had them; everybody has had them. But obstacles don’t have to stop you. If you run into a wall, don’t turn around and give up. Figure out how to climb it, go through it, or work around it.”

When you hit a roadblock, don’t waste your energy and time panicking or complaining. Take a moment to gather yourself and look for solutions. Guaranteed they exist. You just need to want it bad enough.

Michael Jordan has also said “I can accept failure, everyone fails at something. But I can’t accept not trying”. When we come across a challenge or even an opportunity and it has some potential, don’t shy away from the work required to deal with this. Be grateful and make a decision to give it a go. It will be this winning mindset that carries you towards success.

“My attitude is that if you push me towards something that you think is a weakness, then I will turn that perceived weakness into a strength.”

Everyone has a weakness. You may not be good at public speaking, or lousy with technology. Perhaps sales is not your thing and you prefer to be behind the scenes. Whatever your strengths and weaknesses ,it’s good to focus on your strengths as this is what comes naturally to you.

Always work on improving your weaknesses so that over time you will be better. Remember, if you’re not failing you’re not trying. Use your setbacks and failures as fuel and motivation to do better next time. Accept that failure is a part of success. You can’t have success without having experienced failure at some level.

History will remember Michael Jordan as one of the most gifted individual players in the game of basketball. However, in addition it will also remember him as a gifted team player. Michael Jordan was able to display his brilliance when called upon, however to win championships he had to work as a team player. Legendary NBA coach of the Chicago Bulls was quoted as saying “It was about how great he made the players around him.”

You can only go so far. Become great at what you do, however remember to surround yourself with others that are also great and sometimes better. Then work as a team to help each other scale to new heights.

Is Michael Jordan one of your all time heroes? Reply below to leave a comment and let us know what it is about him that inspires you and how you believe it can help translate in the business world. We’d love to hear your thoughts. Best responses will get shared on our Facebook page. We look forward to hearing your feedback!

Gavin Sequeira is the author of the much acclaimed book ‘Break Free From Corporate’. Make sure you get your copy today to kickstart your transition from corporate and into your business. If you would like to contribute, please contact us through the “Contact” page and we look forward to connecting with you!